Sauté mustard seeds in oil on low heat for 5 minutes until they pop.

Cook 10 minutes until soft.  Add fennel and celery stalks.  Cook for 1 minute until the celery is bright green. Add salt and pepper.

If necessary, reduce the sauce.

When the lentils are soft, add:

Either Braggs and cook for 20 minutes more

Or 2 tsp. miso and gently stir, off the heat.

Garnish with dill or parsley. Serve with crackers, vegetable sticks, or steamed vegetables. 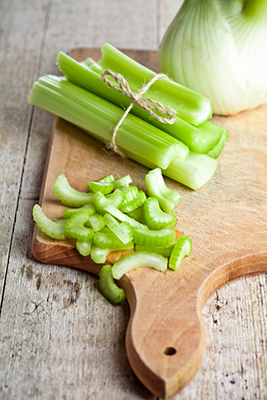 Asthma is helped by Pepper:

For ASTHMA, peppercorns have been shown to significantly reduce the frequency and severity of attacks. Black pepper (Piper nigrum) and Long Pepper (Piper longum) have been prized for thousands of years for their pungency and medicinal effects in treating asthma and chronic bronchitis in Ayurveda and traditional Indian Unani medicine. Modern research has shown that a major alkaloid phytochemical called piperine is responsible for this medicinal effect.

Eosinophils are circulating granulocytes involved in pathogenesis of asthma. A cascade of processes directed by Th2 cytokine producing T-cells influence the recruitment of eosinophils into the lungs during allergic inflammation. Once set into motion, the pro-inflammatory eosinophils are major contributors to inflammation in asthma, including airway epithelial cell damage and loss, airway dysfunction of cholinergic nerve receptors, airway hyper-responsiveness, mucus hypersecretion, and airway remodeling which are characteristic features of asthma. Evidence shows that piperine inhibits eosinophil infiltration and airway hyper-responsiveness. Piperine has shown deep inhibitory effects on airway inflammation and is considered as a possible immunomodulator by downregulating Th2 cytokines1.

For HIGH BLOOD PRESSURE, celery stalks relax the tissues of artery walls to increase blood flow and reduce blood pressure. Phthalides are phytonutrients found in celery that provide potential cardiovascular benefits and contribute to the unique sweet and spicy flavor of this vegetable. Sedanenolide and butylphthalides are examples of celery phthalides. Researchers have demonstrated that celery phthalides can act as smooth muscle relaxants, most likely through their impact on the flow of calcium and potassium inside cells and related nervous system activity1. Relaxation of smooth muscles surrounding blood vessels allows them to expand and the result is a lowering of blood pressure, or vasodilation. In a study conducted at the University of Chicago, researchers found that blood pressure readings dropped by 12-14% in the animals given the celery compound.

A primary issue to address when it comes to reducing blood pressure is to reduce the stress that the body is fighting in order to regulate the functioning of your circulatory system. Under stress, the heart works harder and heart rate and blood pressure rises. Phthalides also relieve stress hormones so the less stressed our body is, the heart works more efficiently, blood vessels and arteries are more relaxed, and blood flows more freely through dilated, rather than constricted, blood vessels. When blood flows efficiently, your blood pressure then naturally decreases. Further, phthalide lessens the manufacture of catecholamine, a stress hormone, by blocking the action of tyrosine hydroxylase enzyme. The latter enzyme is a component of stress hormones that causes constriction of the blood vessels resulting to blood flow restrictions.

Celery is also a very good source of potassium, calcium and magnesium, all of which have been associated with reduced blood pressure. Celery offers antioxidant support largely due to its phenolic nutrients that have been shown to help protect against unwanted oxidative damage to our cells, blood vessels, and organ systems. scientists have now identified at least a dozen other types of antioxidant nutrients in celery2. These antioxidants include dihydrostilbenoids like lunularin as well as furanocoumarins like bergapten and psoralen.

Given the antioxidant and anti-inflammatory properties of celery described earlier in this section, it’s not surprising to see the interest of researchers in the cardiovascular benefits of celery. Oxidative stress and inflammation in the bloodstream are critical problems in the development of many cardiovascular diseases, especially atherosclerosis. Unfortunately, most of the studies we’ve seen in this area have involved animals. Still, we’ve seen promising connections between celery flavonoids and decreased risk of cardiovascular inflammation.

The phthalides, coumarin and apigenin are the active compounds found in celery that are the major components for reducing blood pressure and may also act as diuretics removing excess fluid from the body and thus enhancing normalization of blood pressure3.

High Blood Pressure is helped by Fennel leaf and bulb:

For HIGH BLOOD PRESSURE, fennel is a very rich source of potassium, which is an essential electrolyte in our bodies and is vital for a number of important processes. One of the attributes of potassium is its quality as a vasodilator, which means that it relaxes the tension of blood vessels, thereby reducing blood pressure. It also functions to regulate the heartbeat, is important for proper muscle function, maintains normal fluid balance in the body, and regulates sodium levels in the blood.

In animal studies, fennel has displayed hypotensive activity. The aqueous extracts of Foeniculum vulgare leaves administered intravenously produced a dose-related reduction in arterial blood pressure without affecting heart rate or respiratory rate; this effect appeared to be related to histamine antagonism and not to adrenergic, muscarinic, ganglionic, or serotonergic receptors effects1,2.

Reminiscent of anise and licorice, fennel is one of those versatile herbs where every part can be used: the bulb root, the tender, wispy leaves, and the seeds. It was enjoyed for its culinary and medicinal qualities by the ancient Egyptians, Greeks and Romans, as wild fennel flourished in Eastern Asia and the Mediterranean before spreading to Europe.

Fennel has a unique combination of phytonutrients including the flavonoids quercetin and rutin that give it powerful antioxidant action. These antioxidant help to reduce inflammation in the body and protect the cells from oxidative stress damage, thereby lowering the risk of chronic disease. The folate found in fennel is a mineral that works to reduce heart disease risk by preventing homocysteine damage to blood vessel walls. Fennel has traditionally been used for its mild diuretic properties so it may have the added benefit of lowering blood pressure. In animal studies, oral administration of fennel water extract resulted in diuretic and natriuretic effects3. Fennel was found to increase water, sodium, and potassium excretion.

For SEASONAL DEPRESSION or SAD, peppercorns have mood-supportive effects. Piper nigrum (family Piperaceae) is considered the “King of spices” and a valuable medicinal plant widely used in traditional systems of medicine like Ayurvedic and Unani System of medicines1.

It contains major pungent alkaloid Piperine (1-peperoyl piperidine) which is known to possess many interesting pharmacological actions including antidepressant effects.

In animal research, the antidepressant-like effect of piperine was investigated in mice exposed to chronic mild stress. Repeated administration of piperine for two weeks reversed the CMS-induced changes in sucrose consumption, plasma corticosterone level, and open field activity. Furthermore, the decreased proliferation of hippocampal progenitor cells was ameliorated and the level of brain-derived neurotrophic factor (BDNF) in hippocampus of CMS stressed mice was up-regulated by piperine treatment in the same time course. In summary, up-regulation of the progenitor cell proliferation of hippocampus and cytoprotective activity might be mechanisms involved in the antidepressant-like effect of piperine, which may be closely related to the elevation of hippocampal BDNF level2.

The antidepressant-like eﬀect of piperine and its possible mechanisms was evaluated in corticosterone-induced model of depression in mice. Depression-like behavior in mice was observed by immobility time in the forced swim test and tail suspension test and the brain-derived neurotrophic factor protein and mRNA levels in the hippocampus were also signiﬁcantly decreased in corticosterone-treated mice. These behavioral and biochemical changes were signiﬁcantly diminished after treatment with piperine3.

A review of the many studies concluded that black pepper and its bioactive compound piperine exhibited wide spectrum therapeutic potential and also emerged as an excellent adjuvant to enhance the therapeutic eﬃcacy of the concurrently administered drugs and nutrients.