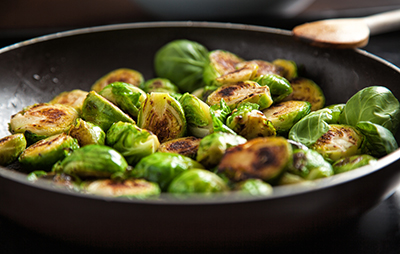 For BLADDER INFECTIONS, CYSTITIS, Walnuts acidify urine to help decrease bacterial growth. As women have a shorter urinary tract than men and an immune system that’s more susceptible to bacteria, these infections are very common. Since everybody’s biochemistry is different, it’s often a matter of trial and error to find out which foods trigger bouts cystitis, bladder and urinary tract infections, and which foods soothe and heal the symptoms. Vitamins A, E, and C are useful to naturally treat cystitis and UTI’s and walnuts have all of those – especially vitamin E – offering 140% of daily required levels. Vitamin E is a powerful lipid soluble antioxidant essential for maintaining the integrity of cell membrane of mucosa and skin.

One study sought to shown the important influence of diet on why some people are more prone than others to UTI’s. In analyzing the urine from 50 men and women, researchers learned that early on in an infection, cells produce a protein called siderocalin that blocks bacterial growth by keeping iron away from the E. coli bacteria, which it needs to thrive in order to cause a UTI. They were surprised to find a wide range between individuals and how this protein worked which depended on that individual’s urinary composition.1

The siderocalin protein is part of your immune system which is able to use metabolites in the diet as grips to hold onto iron and keep it away from pathogenic bacteria. In some people, that system works well, but not in those who get recurrent UTIs. Since both urine pH and metabolite production may be altered through diet, a natural food source like walnuts is preferable to an antibiotic with harsh side-effects.

Walnuts are also rich in the amino acid arginine that the body converts to nitric acid and which is helpful in relaxing the bladder’s muscles and tissues. Since nitric oxide synthase activity is decreased in the urine of patients with interstitial cystitis compared to the urine of controls, researchers in a randomized, double-blind study discovered that those who consumed arginine had a decrease in pain and urgency.2

For DEEP IMMUNE SUPPORT, Brussels sprouts help support detoxification and ward off oxidative stress, which is a risk factor for many types of cancer and other chronic diseases. Notorious for their sulfur odor which comes from glucosinolate, these cruciferous vegetables have higher amounts than cabbage, kale, cauliflower, and broccoli. Tiny Brussels sprouts are loaded with nutrition and just one cup offers 240% of the RDA for vitamin K1, and 130% for vitamin C, plus fiber, manganese, potassium, choline, B vitamins, and protein. They also contain the equally important flavonoid antioxidants kaempferol, isorhamnetin, caffeic, and ferulic acids, and the rare sulfur-containing compound D3T. Since chronic oxidative stress is a risk factor for most cancers causing cumulative tissue damage, making an intentional effort to add these to your diet is a smart move. A study in France found that Brussels sprouts was a more important dietary contributor of antioxidant polyphenols than any other cruciferous vegetable, including broccoli.1

Your body goes through two phases of detoxification of cancer-causing substances every day and Brussels sprouts help activate enzyme systems in your cells that are required for this process. They are rich in antioxidants which break down toxins for the first phase, and then the sulfur compounds help your body eliminate those toxins. We have several decades of human studies showing this protective detoxification effect which is due to the glucosinolates in the vegetable.2, 3

They also have DNA-protective benefits as Brussels sprouts have been shown to improve the stability of DNA inside white blood cells. Researchers believe it’s the ability of certain compounds in Brussels sprouts to block the activity of sulphotransferase enzymes. In vitro experiments indicate that sprouts contain compounds which act as direct reactive oxygen species scavengers. One study concluded that men who ate about 1.5 cups of Brussels sprouts daily for five weeks had a 28% decrease in DNA damage.3 The strong effects seen in the intervention trial led the researchers to predict that sprout consumption could be a novel new mechanism of cancer chemoprevention.4

Chronic inflammation, like chronic oxidative stress, is also a risk factor for cancer. In addition to the nutrients already discussed, there have been many studies on glucobrassicin which can help to regulate the body’s inflammatory/anti-inflammatory system operating at the genetic level to stop the inflammatory responses at an early stage.5

For LOW SPERM COUNT, Walnuts are comprised primarily of polyunsaturated fat and are one of the best plant food sources of omega-3s which are needed for sperm to mature and work properly. Researchers from the University of California followed over 100 men who ate 75 grams of walnuts a day – about two-and-a-half servings – and who therefore had higher levels of both omega-6 and omega-3 fatty acids in their blood which translated to sperm quality with improved concentration, vitality, movement, shape,  and lack of chromosome abnormalities.1

Since the sperm membrane is primarily made up of polyunsaturated fatty acids, researchers at the University of Delaware sought to show that walnuts reduce lipid peroxidation, a process that can damage sperm cells. Just one ounce of walnuts contains 13 grams of polyunsaturated fatty acids out of 18 grams of total fat making walnuts uniquely qualified for replenishing sperm cells. 2

Nuts like walnuts and almonds also contain a good amount of L-Arginine, which once again has been shown to increase sperm count. The amino acid arginine is needed to produce sperm. The testicles need Arginine to produce spermin, a polyamine first discovered in human semen and now known to stabilize and preserve human DNA. It ensures the mobility of the sperm and plays an important role in cell division. Supplementation studies – both animal and human – have shown that a higher arginine consumption causes average ejaculate volume to increase.3

Memory Support is helped by Walnuts:

For MEMORY SUPPORT, Walnuts are loaded with antioxidants that may counteract age-related cognitive decline and even reduce the risk of neurodegenerative diseases like Alzheimer’s. Archeological excavations are finding evidence that walnuts were being eaten at least 8000 years ago. Nicknamed “brain food” the nut resembles the human brain complete with left and right hemispheres, upper cerebrums and lower cerebellums, and folds similar to those of the neo-cortex.

The antioxidant polyphenols in walnuts work to stabilize free radicals and prevent them from doing damage to cells and walnuts have twice as many polyphenols as almonds, peanuts, pistachios, hazelnuts, Brazil nuts, cashews, macadamias, and pecans. Walnuts even put vitamin E to shame as they are 15 times more potent in antioxidant effect.1

A randomized study assessed over 500 participants after 6.5 years of nutritional intervention to validate the inconsistent observational studies that claimed beneficial effects of the Mediterranean diet (rich in fats like extra-virgin olive oil and nuts). This study concluded that the enhanced diet did indeed improve cognitive function including boost memory, concentration, and the speed at which your brain processes information.2 So not only are walnuts high in antioxidants plus vitamins and minerals, the plant-based omega-3 fatty acid – alpha-linolenic acid (ALA) – is also good for brain health.

While most nuts contain monounsaturated fats, only walnuts are comprised primarily of polyunsaturated fat and are one of the best plant food sources of omega-3s, with a one-ounce serving providing 2.5 grams of ALA. A sweeping, cross-sectional study of thousands of U.S. people regardless of age, gender, or ethnicity determined that those who ate more walnuts performed better on a series of six cognitive tests.3

For STRESS, ADRENAL DEPLETION, Brussels sprouts provide important nutritional support for mental and physical balance. Since high acidity is common in people dealing with adrenal fatigue, cruciferous vegetables support healthy ph levels in the body which is an important component for healing metabolic acidosis. When aiming for an alkaline diet, dark leafy greens and most green vegetables like broccoli and broccoli rabe, green peppers, zucchini, celery, artichokes, and cucumbers are great choices but Brussels sprouts are a rare exception with more acid-forming qualities than other vegetables. They can help the body break down the acids caused by acid-forming foods, boost your pH level, and helps you maintain a healthier alkaline state.

If you suffer from adrenal depletion, chances are good that you have an impaired detoxification pathway and are not clearing toxins efficiently putting even more strain on the adrenal glands. Your body goes through two phases of detoxification every day and Brussels sprouts help activate enzyme systems in your cells that are required for this process. They are rich in antioxidants which break down toxins for the first phase, and then the sulfur compounds help your body eliminate those toxins. We have several decades of human studies showing this protective detoxification effect which is due to the glucosinolates in the vegetable.1,2 By boosting the liver’s ability to detoxify, there’s less pressure on the adrenal glands to produce more stress hormones.             Brussels sprouts contain vitamin B1 or thiamine touted as an “anti-stress” vitamin. Boasting 12% of the Recommended Daily Allowance of thiamine, this essential nutrient aids in the conversion of food into fuel and is required to regulate our most basic survival functions and behaviors. The fight-or-flight reflex is triggered by perception of a dangerous event and is much different today than when triggered for our ancestors who had short burst of intense moments. The mental and physical environmental stressors we feel today – even poor dietary choices – can be relentless and this survival system is not built for prolonged action; it is literally fatiguing.

Although Brussels sprouts are a powerhouse of antioxidants like vitamins C and A, vitamin B1 acts as the spark plug or catalyst to burn the fuel we take in at the cellular level. Without it, our bodies suffer from oxidative stress and our brain is extremely sensitive to thiamine deficiency and our ability to adapt to stress is impaired. As long ago as 1947, animal studies showed this link of adrenal dysfunction and thiamine deficiency.3