A Company of Kales Salad

Mix the first 5 ingredients in a bowl.

Blanch the kales in salted water for one minute, drain and shock with cold water.  Pat dry, mix with other salad leaves.

In a glass jar, combine the dressing ingredients and shake well to mix. Add to salad and toss well.

Garnish the salad with: 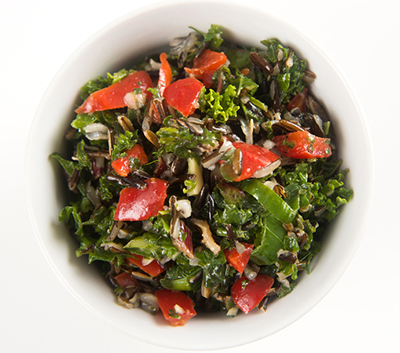 Gingivitis is helped by Ginger:

For GINGIVITIS, ginger has natural anti-inflammatory properties and contains anti-microbial gingerol which fights off bacteria to prevent infection. Besides the discomfort that comes from redness and bleeding of inflamed gums, chronic gingivitis can lead to periodontitis which can lead to inflammation in other parts of the body damaging blood vessel walls and other distant organs and tissues.

Ginger has been used in complementary and alternative medicine in Africa, China, India, and Arabian medicine for thousands of years, but has been generating a lot of attention in general medicine and dentistry to treat oral diseases among the young as well as the

geriatric population because of its huge advantage over antibiotics offering fewer adverse effects and no chance of patients developing bacterial resistance.

Although there is plenty of anecdotal evidence that ginger is a great natural remedy for oral health, a 2015 Korean study identified an active ingredient in ginger called raffinose1 which inhibits biofilm by reducing the production of galactose, a sugar required for bacteria biofilm formation. Biofilms like plaque are notoriously difficult to eradicate and lead to gingivitis.

Chlorhexidine gluconate mouthwash is typically used to treat gingivitis in most cases. A 2016 study2 compared a ginger-based herbal mouthwash (including rosemary and calendula) and concluded it was of comparable efficacy.

For HEAVY PERIODS and its associated iron deficiency, kale is a rich source of calcium and iron. It is less well-known that chronic iron deficiency can also cause menorrhagia. Other vitamin deficiencies have been implicated including vitamins A, B complex, C, and K1 all packed into dark green, nutritionally dense kale.

Affecting 10 million women in the U.S. alone, menorrhagia can have many causes including hormones, thyroid function, clotting abnormalities, and vitamin K deficiency and many of these issues can be addressed by eating kelp. Sourcing organic kale is most important for this condition as pesticides are endocrine (hormone) disrupters.

As early as the 1940s, researchers were connecting the evidence of vitamin deficiency–in particular B vitamins–to gynecological disorders. 2 With the development of birth control pills in the 1950s, the FDA approves use of the pill and synthetic hormones to try to diminish bleeding. It took 20 years for its side-effects to be brought to public awareness. It appears the researchers in the 40s were onto something by showing that with a vitamin B deficiency, estrogen is not inactivated by the liver so the balance or that hormone and androgen is upset. 3 Since the liver is critical in manufacture and detoxification of hormones, kale is also a liver-cleansing superfood.

For the prevention of AGE-RELATED MACULAR DEGENERATION (AMD), this salad contains a trifecta of beneficial greens with health benefits for your eyes not available from other food groups. AMD is believed to be promoted by oxidative stress to the retina1 and these plants are a powerhouse of lutein and zeaxanthin, antioxidants that are found naturally in the macula and need to be replenished frequently to maintain healthy vision. The retina is the nerve tissue lining the inside of the eye and at its center is the macula, a small area essential for central vision and tasks such as reading, driving, and facial recognition. The macula is densely packed with photoreceptor cells called rods and cones and behind those is another layer of cells called retinal pigment epithelium which delivers nutrients from the bloodstream. Research supports nourishing those cells with antioxidants. A 2014 Australian study reported the dietary quality of almost 2,000 participants over 10 years and concluded that as the participant’s diet improved, the risk for visual impairment decreased. 2

Beet Greens supply an unusually high amount of lutein and one cup of raw greens has over 275 micrograms. Lutein and zeaxanthin are two carotenoid phytonutrients that play an important role in eye health. Although beet roots are not nearly so concentrated in lutein, they belong to the chenopod family which are unique in supporting the health of our nervous system, and our eyes are a specialized nervous system organ. Since lutein contributes to the yellow color of vegetables, yellow beets may be valuable sources of this carotenoid than the orange or red beets.

The darker the green, the higher the lutein and kale has the highest content of lutein of any vegetable, as well as zeaxanthin which are antioxidants found in the macula. As part of the cabbage family, kale also has high amounts of vitamins A, C, and K and is a rich source of iron. Although the physiology of AMD is complex and has both genetic and environmental components, research does suggest that consuming kale’s xanthophylls contributes to reduced risk in degenerative eye diseases. 3

Spinach is another dark green leafy vegetable rich in carotenoids, the yellowish pigments that include precursors of Vitamin A, and lutein and zeaxanthin which are thought to filter out visible blue light which might possibly damage the macula. A abstract took into consideration a primate study plus epidemiologic date and stated in summary, “The combination of evidence suggests that carotenoids and antioxidant vitamins may help to retard some of the destructive processes in the retina and the retinal pigment epithelium that lead to age-related degeneration of the macula.” 4

In his book Overcoming Macular Degeneration, Dr. Yale Solomon writes that lutein is particularly important because it is absorbed from foods and transported in relatively large quantities to the macula and the lens of the eye. Since the human body does not naturally make the lutein and zeaxanthin it needs, eating these greens is important to help maintain good eye health.

Recommendations: 1 cup per day of any of the greens listed above.

For PCOS with all its multifaceted causes and symptoms, kale offers multi-pronged assistance with antioxidant nutrients, anti-inflammatory nutrients, and anti-cancer nutrients in the form of glucosinolates. Estimates are that 1 in 5 women will be diagnosed with PCOS with no idea as to either its cause or cure. Although the physiology of PCOS is frustratingly complex, many women find relief of their symptoms using diet to heal. Since it commonly has hormone imbalance at its root, it is very important to embrace an organic diet free of xenoestrogens commonly found in our food supply that has been treated with pesticides, herbicides, fungicides, and growth hormones.

Since the liver is critical in manufacture and detoxification of hormones, kale is a liver-cleansing superfood. Kale is an excellent source of vitamins K, C, A, manganese, and copper; a very good source of vitamin B6, fiber, calcium, potassium, and vitamins E and B2; and a good source of iron, magnesium, vitamins B1 and B3, omega-3 fats, phosphorus, protein, and folate. Over 45 different flavonoids have been identified in kale, and especially kaempferol, quercetin, and isorhamnetin. Its glucosonolates include glucobrassicin, glucoraphanin, gluconasturtiian, glucopaeolin, sinigrin, glucobrassicanapin, glucoiberin, and gluconapin. Kale also provides the lignans lariciresinol and pinoresinol.

Kale is unique in its ability to take detoxification to a genetic level. Several of the chemical names listed above are isothiocyanates which are made from kale’s glucosinolates and they regulate detox activities in our cells. Whether from our environment or from food, toxins are detoxified by our cells in a two-step process. Kale’s glucosinolates and its unusually large numbers of sulfur compounds give our body an edge in dealing with toxic exposure.

A 2011 study revealed that circulating inflammatory markers was 96% higher in women with PCOS compared to controls that is independent of obesity. 1 This finding corroborates existing molecular evidence of chronic low-grade inflammation at the root of the pathogenesis of this disorder. It only takes 100 calories of kale to provide over 350 milligrams of omega-3 fatty acid (alpha-linolenic acid, or ALA). Kale is also an excellent source of vitamin K which is a key nutrient for regulating our body’s inflammatory process. This makes kale an exceptional food choice for lowering our risk of chronic inflammation and PCOS symptoms.