For LOW SPERM COUNT, the amino acid acetyl-L-carnitine helps sperm maturation, enhances their motility, and protects spermatozoa against oxidative damage. Acetyl-L-carnitine has important roles for male fertility as it is naturally found in human sperm and seminal fluid. 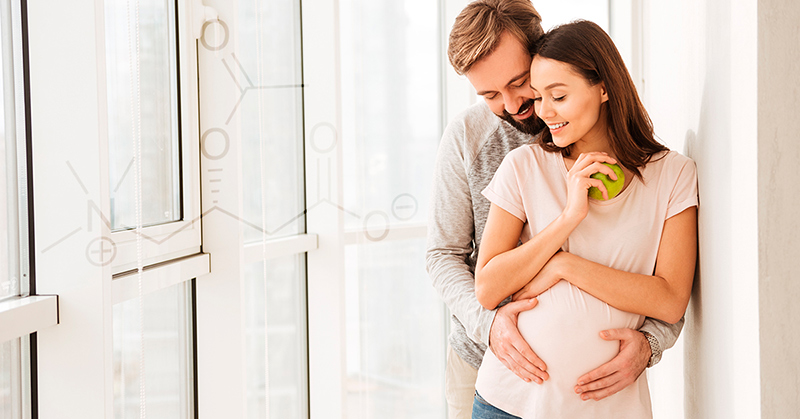 Acetyl-L-carnitine is found in high concentrations in the epididymis, a coiled segment of the spermatic ducts that serves to store, mature and transport spermatozoa between the testis where they are made and the vas deferens, before they leave the body. Low carnitine levels are linked with reduced sperm count, or oligospermia, and poor sperm motility. Acetyl-L-carnitine is deficient in infertile semen and sperm samples.

Propionyl-L-carnitine is an amino acid that is naturally produced in the body, and it is related to acetyl-L-carnitine. Amino acids are the building blocks that form proteins. This particular amino acid is critical to providing fatty acids to the mitochondria in each cell to fuel energy production. This helps give sperm the boost they need if they are going to have a chance at fertilizing an egg. Human sperm cells have to travel farther than any other single cell and they need a tremendous amount of energy in order to make the journey.

Normal sperm motility is around 55% to 75%, which decreases 5 to 10% on average per hour. Carnitine helps sperm to swim, and so is a crucial nutrient for men with poor sperm quality. This is especially important because weakly-swimming sperm, or asthenospermia, is one of the most important reasons for male factor infertility.1

Sperm counts have been steadily decreasing over the last 50 years from 50 to 60 million/ml which was considered normal, to today’s “new normal” of 20 million/ml. It is now much more common to see counts under 10 million/ml than ever before. While there has been recent research on the effects of chemical exposure, endocrine disruptors, and environmental pollutants, it has been well established that some medications and recreational drugs can impair sperm production and fertility.2

Concern has been growing over the widespread distribution of human-made chemicals in the environment and links to many chronic disorders including infertility. For example, endocrine disruptors such as insecticides, flame retardants, and phthalates from plastics, are specifically toxic to the male hormones responsible for sperm production. Also, excessive oxidant stress from pollutants can damage DNA and impair sperm function.

Infertility affects up to 15% of the sexually active population. Most studies and data focus on infertility in women, yet there has been relatively little attention given to the male contribution to infertility which may be a factor for more than half of infertile couples.3 Infertility is a multifactorial condition that may have many causes.

While overall sperm count is critical, it is also important that the sperm have matured and have normal structure or morphology in order to function. In an average ejaculate specimen, abnormal morphology may account for 20 to 40% of sperm. These sperm have deformed heads which hampers their ability to break through the egg’s wall for fertilization. Some spermatozoa have multiple heads – defects in the ability to perform the acrosomal (egg penetration) reaction – or multiple or deformed tails. A higher proportion of abnormal, deformed, or even dead sperm will decrease the overall count and affect fertilization.

Supplementation with acetyl-L-carnitine has proven benefits on sperm quality. Doses of 500 to 1,000 mg/day of acetyl-L-carnitine have produced increases of sperm count, motility, straight-swimming ability, as well as total normal sperm forms in clinical studies. In one placebo-controlled, double-blind study, sixty infertile men, ages 20 to 40 years, those who received carnitine experienced increased motility and significant improvement of straight progressive velocity after three months.5,6

A 2007 meta-analysis study found that consistent dosing with acetyl-L-carnitine for 3 to 4 months was found to be most effective at improving sperm motility and maturation, decreasing abnormally formed sperm, and enhancing the rates of pregnancy.5 Carnitine is important in spermatogenesis, or sperm development, and there have been several studies that showed decreased concentrations in the semen of men with oligospermia.

We can get small amounts of acetyl-L-carnitine from our diets by eating meat and fish, but not enough for a therapeutic effect on male sexual functions. Vegetarians and vegans can especially benefit from acetyl-L-carnitine supplements, as can older adults, as carnitine levels in the body decline as men age. Preliminary research also suggests acetyl-L-carnitine may increase testosterone production and improve testicular function, leading to higher sperm counts. Researchers compared carnitine with testosterone in men who were experiencing low libido, fatigue, and depression. They found that after six months of treatment, carnitine was more effective at improving sperm health and sexual performance than testosterone, though the hormone helped somewhat. More importantly, testosterone had the problem of causing an increase in prostate volume and size, while carnitine did not.8

In our clinic, a substantial number of our younger male patients have included acetyl-L-carnitine in a protocol that resulted in improved sperm counts and their partner’s pregnancy.

Recommendations:
Acetyl-L-carnitine 500mg daily total, fine to take with any meal, or as directed by your healthcare provider.